On the weekend that Fidel Castro left this planet – I ran 7K with my running group and baked another Spanish dessert. This Sunday I opted for Tarte de Santiago. A traditional almond cake from Galicia in Northern Spain. Its name meaning literally St. James’ cake (who is the Patron saint of Galicia) it is claimed to be of Medieval origin though it is first mentioned in the year 1577. There is also a theory that the tarta de Santiago was originally a Jewish passover cake whose recipe lived on thanks to the conversos (Spanish Jews who converted to Christianity). These cakes are not dissimilar to the Sephardic cakes of almond and orange. The cake is also named after the beautiful town of Santiago de Compostela. The top of the cake is usually decorated with the Saint James cross and is thought to be a modern addition, apparently initiated in Casa Mora, a traditional pastry shop in Santiago de Compostela which started selling cakes with this pattern on top in 1924.

I have eaten this cake only once before, bought to us by friend of my husband who went on a cycling tour in Northern Spain a few years ago.

* Butter and flour for the tin

2. If you want to follow the traditional recipe you only have to mix all the ingredients well, previously beating the eggs a little. If you want to make a somewhat lighter cake , separate the egg whites and beat them till stiff.

3. In a large bowl mix sugar, almond meal and the spices, if using any. Set aside.

4. Then add the lightly beaten egg yolks to the egg whites, and fold gently. This is important: the yolks have to be mixed with the egg whites. Do not ever add the yolks to the mixture of almonds and sugar before adding the whipped egg whites or you’ll end up with a thick paste almost impossible to mix with the whites.

5. Add the egg mixture to the almond-sugar mixture, folding again very smoothly, until it is fairly uniform.

6. Butter and flour a 22-24cm cake tin. Pour the mixture carefully and smooth the surface with a spatula.

7. Put the cake in the oven and bake about 30 minutes, depending on oven. Test the center with a stick to check for ‘doneness’ when 25 minutes or so have elapsed.

I managed to trace and cut out a copy of the St James cross and thus began my first attempt at icing stencilling.

Moist and sweet with a outer crunchiness, it went down well with a cup of green tea. 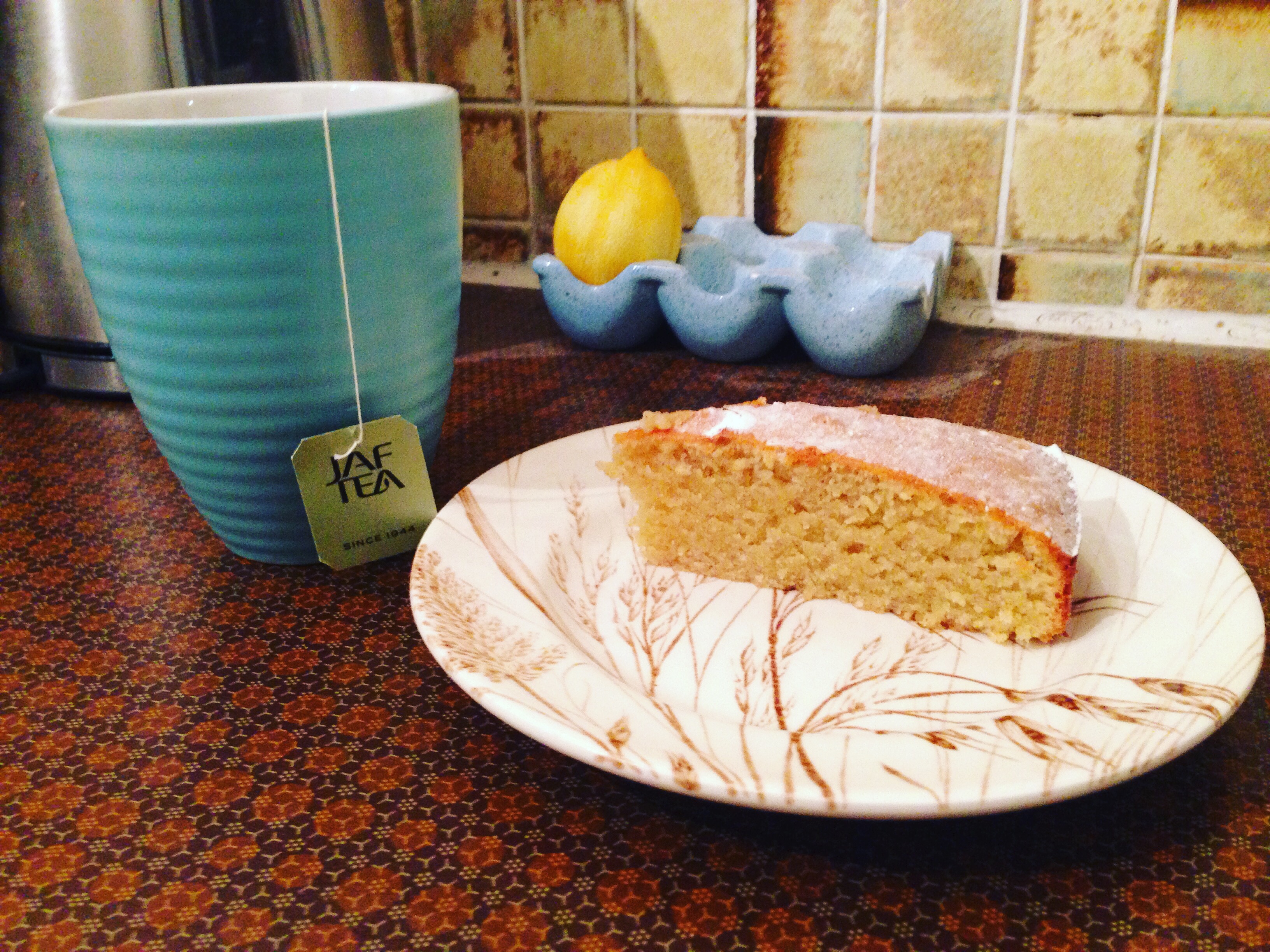 One response to “Tarte de Santiago”