Wednesday is creeping to a close and we are now 48 hours away from the atrocity committed in Manchester. Our government warns us that another attack is imminent and we are all on edge, despite the keep calm and carry on mentality. As I listen to each news report come through about the victims and their lives, I cannot even begin to image what the families are going through. There are times in the face of all of this that one can feel hopeless about the fate of humanity. However, despite the pain and the horror and the unimaginable terror, we have also seen the best of humankind reported in the acts of decent people in the aftermath of the attack. We have heard of tales of bravery, compassion and selflessness and I guess we should expect nothing less from our fellow human beings.

Today I have been up since 4am, I drove over 170 miles to attend a study day on attention deficit hyperactivity disorder (ADHD) in Pontefract. It was perhaps the best study day that I have been on in sometime. I do wonder if it was because the weather was good, the surroundings were beautiful and I was feeling a healthy dose of life appreciation.

I also felt that I learnt quite a lot, it is nice to sit and hear new things, instead of always having being the one to provide information. As with all of these neurobiological things, I did wonder if I did have some of the traits myself and I also allowed myself to wonder about the social constructs and expectations that we set up in the Western world…

I managed to safely drive myself back to London, crumple into an exhausted heap on the sofa and watch yet more harrowing news. I am not sure if that is why, despite my extreme tiredness, I decided that this would be the evening to bake a Bailey’s Chocolate Chip Pound cake. It makes no sense, save a desire to create something that smells heavenly, tastes gorgeous  and use up the ingredients in my baking cupboard and fridge.
After making dinner for my husband and I (yes, I am quite the good wife), I set to work. There seemed to be a lot of mixing in this method and I found myself wandering through the flat from kitchen to living room with the mixing bowl and spatula in my arms. In the living room I watched bits of  the first episode of ‘White Gold’ a new BBC drama about a double glazing sales man based in the 1980s. The bits that I gathered while flitting were the great soundtrack and that 50% of the InBetweeners crew seem to have been cast. When I went back into the kitchen I was listening the the BBC2 radio 2 programme about the Beatles Sargent Pepper album.
And so now, I have slipped under the covers, the flat is filled with the heavenly smell of newly baked cake, I shall take my sleep until tomorrow.
Ingredients
Instructions 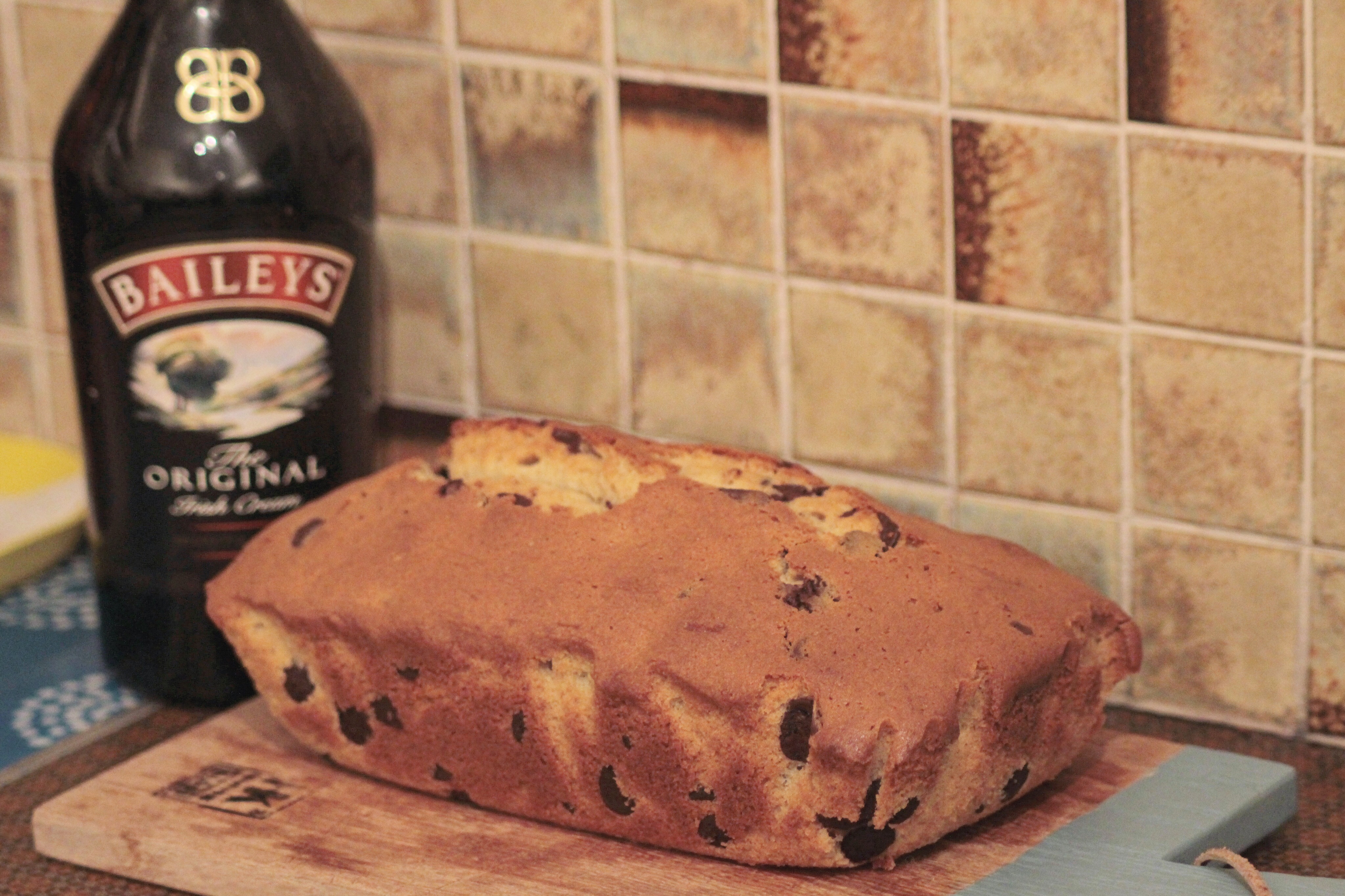