September has arrived, I cannot believe it. The weather is still good, which is nice. I have not baked in a while, so I thought I would choose a recipe from one of my many underused recipe books. I found a nice looking recipe in the Hummingbird Bakery book ‘Life is Sweet’. Pumpkin chai cupcakes, perfect for the forthcoming autumn. I had pretty much all of the ingredients, except for cream cheese and pumpkin puree. The cream cheese was easy to find the pumpkin puree was a little harder to find. I only really looked in two stores before I gave up – Sainsbury’s and Waitrose. Instead I purchased a 94p bottle of apple sauce because I thought the apple flavour would complement all the spices in the recipe.

It was not a bad choice. The cupcakes came out delicious. Soft, moist and very very tasty. There is a great deal of sugar in the recipe and I think if there was pumpkin puree that would have offset some of it but this apple version is certainly going to be my go to alternative in the future.

In the meantime, I posted an obligatory picture on Instagram and Facebook with a little comment on how I struggled to find even a whiff of pumpkin and one of my old colleagues told me where I could find it. Therein ensued a conversation about various stores and locations in which pumpkin puree could be found. In the end I found myself leaving Tesco in Goodmayes a very happy lady with two tins of pumpkin puree – result.

2. In a large bowl, sift together the flour, bicarbonate of soda, salt, cinnamon, ginger and nutmeg.

3. Using a freestanding electric mixer with the paddle attachment or a hand-held electric whisk, mix together the sugars and oil on a low speed until all combined and lighter in colour. Add the eggs, one at a time, on a low speed, scraping down the sides of the bowl after each addition, then add the pumpkin purée. Now add the dry ingredients to the mixture, folding them in carefully so that the mixture remains light.

4. Spoon the mixture into the paper cases until three-quarters full. Bake for 20 minutes, or until the cupcakes bounce back when lightly touched. Leave to cool slightly before removing from the tin and placing on a wire rack to cool completely before frosting.

5. To make the frosting, mix the water, sugar, tea bags, cardamom, cloves and cinnamon together in a saucepan and bring to the boil over a medium heat until the sugar dissolves. Lower the heat and simmer gently for a further 5–8 minutes. Take off the heat, strain the syrup into a clean bowl, squeezing the tea bags to get all the flavour out, and leave to cool completely.

6. Using a freestanding electric mixer with the paddle attachment or a hand-held electric whisk, beat the butter to loosen it up, then add the cream cheese and icing sugar on a low speed until incorporated. Turn the mixer to a high speed and beat for about 3 minutes until light and fluffy. Don’t overbeat, or the cream cheese will split and become runny. Lower the speed and add the vanilla extract, honey and chai syrup until all are well combined. As soon as the frosting is combined, put into the fridge for about 2 hours so that the spicy flavours can intensify further.

7. Pipe or spoon generous amounts of the frosting onto each cupcake, gently smoothing over with a palette knife and making a nice swirl of frosting on each one 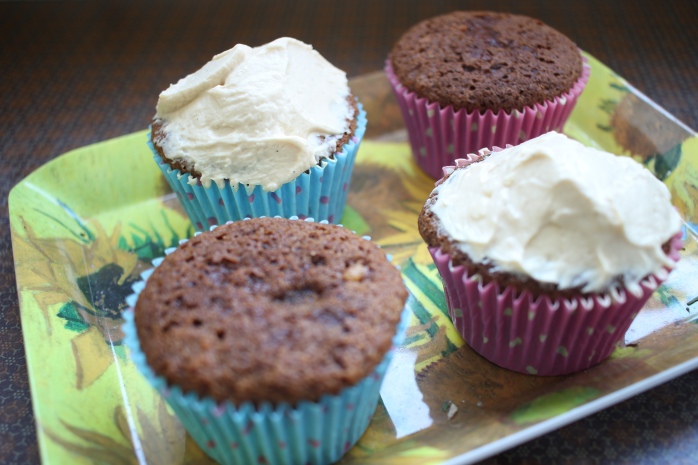 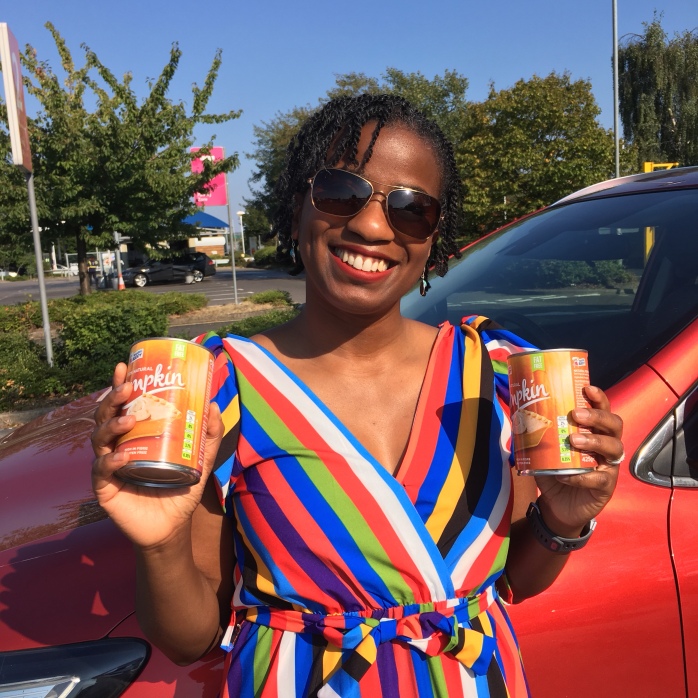