I’m back in Spain again, celebrating Christmas with my husband’s family.

The journey was good, except for one medical emergency on the plane, which seemed to sort itself out.

As ever food is one of the things that I have come to appreciate here. It is just amazing. All home cooked and fresh ingredients. I feel blessed.

I did not take any pictures of the first meal, I was so tired. Anchovies and peppers on little toasted pieces of bread. Followed by rice with octopus. I learnt that to tenderise octopus it needs to be beaten. There is a Spanish phrase about being left like an octopus- pulpo. Le dieron la del pulpo. It made me wonder if that is linked to the phrase beaten to a pulp. Anyway, I digress, dessert was a mouthwatering fruit salad of kiwi fruit, watermelon and fig. Oh my goodness, I thought I had died and gone to heaven.

After that I was feeling so full, I just had to lie down. Also combined with the fact that I had been awake since three o’clock in the morning.

Dinner was served just after nine and was another heavenly affair. 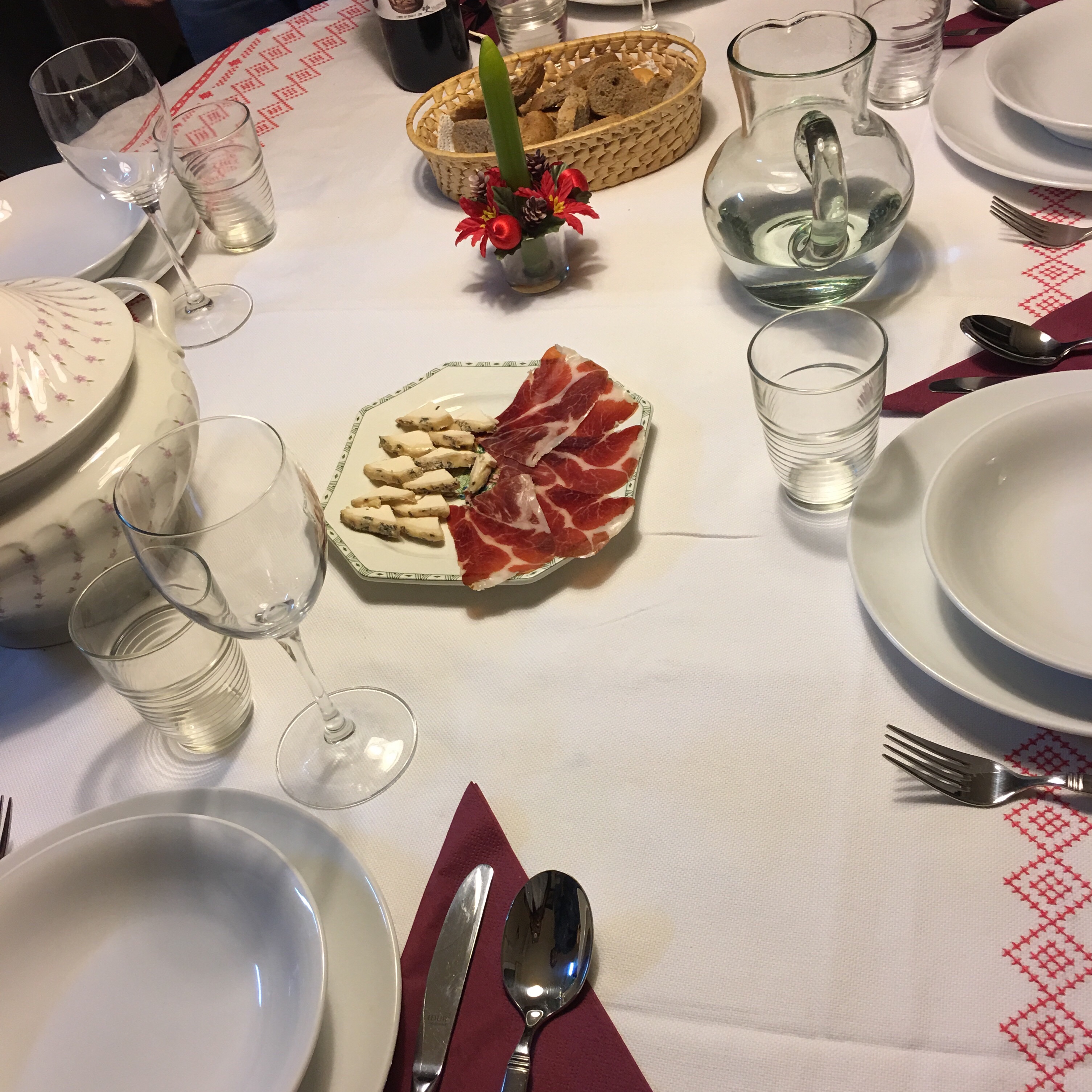 A starter of Spanish ham and some cheese.

Followed by stew made with monkfish, cockles and pasta. 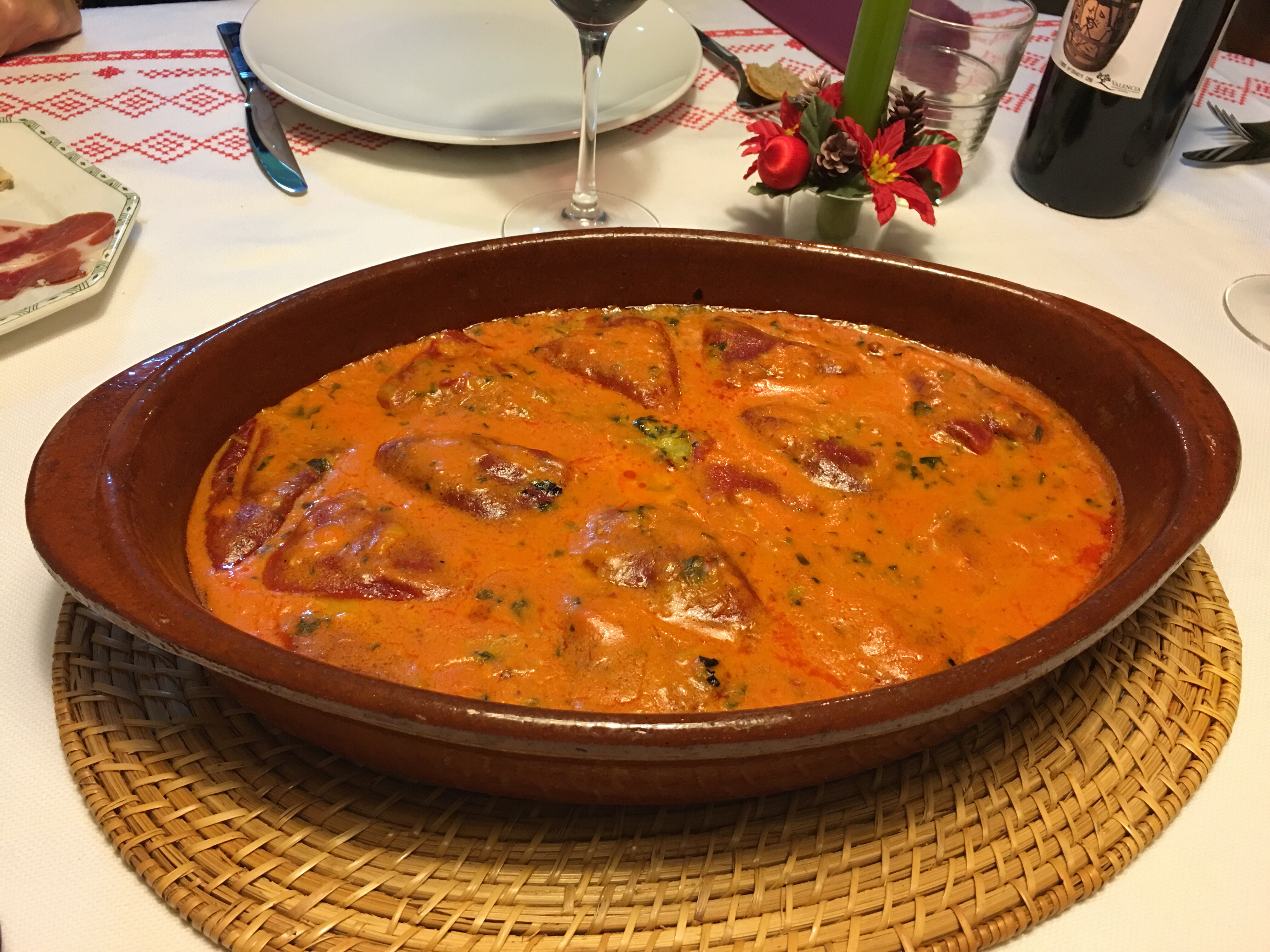 Piquillo peppers stuffed with cod and potato in a tomato’ sauce. 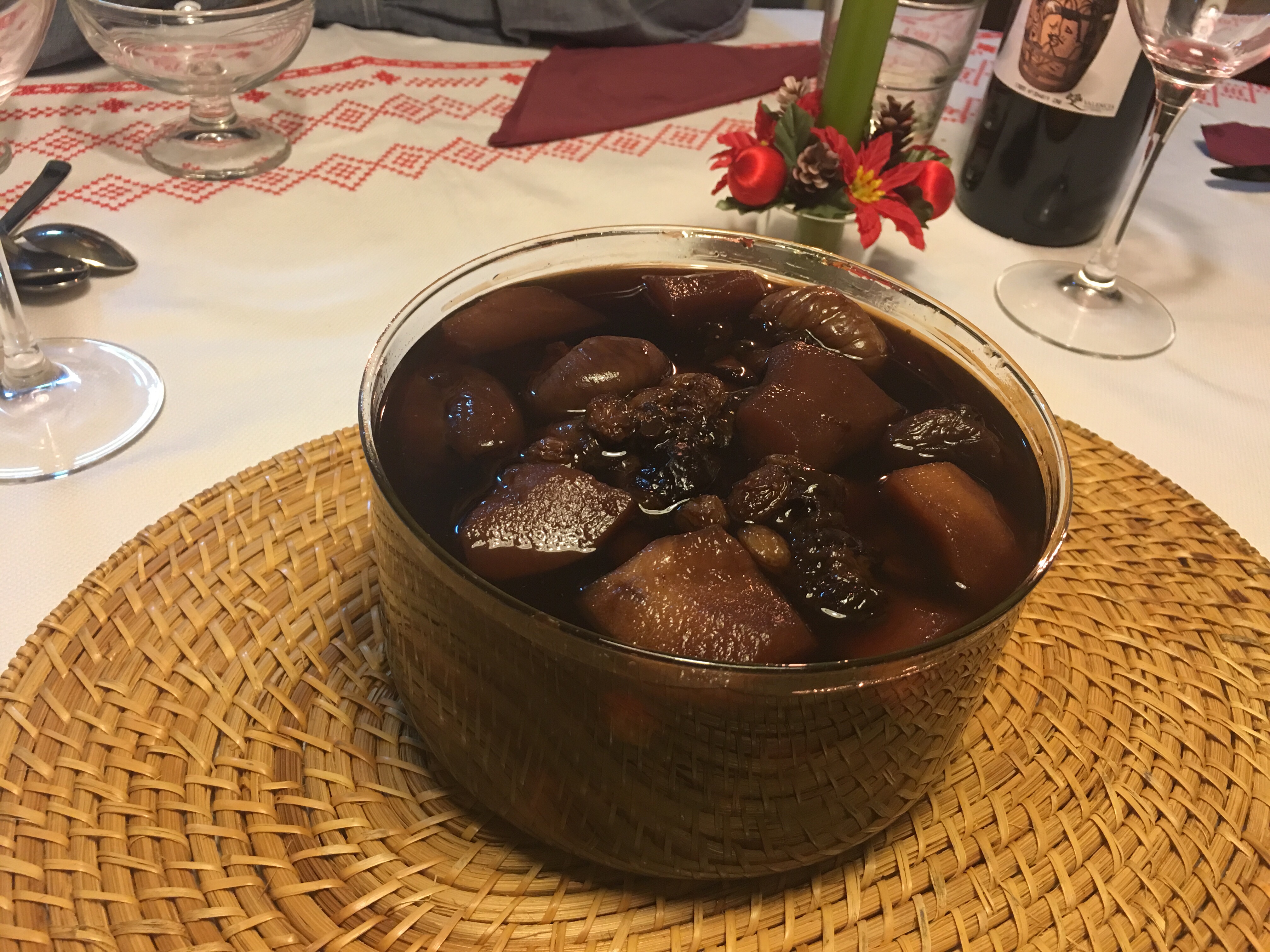 Compote made with dried apricots, figs, apples, pears, sultanas, brown sugar, cinnamon and star anise, served with creme fraiche, I was levitating above the table.

After this we took a walk along the sea front.

Perfect end to the day.