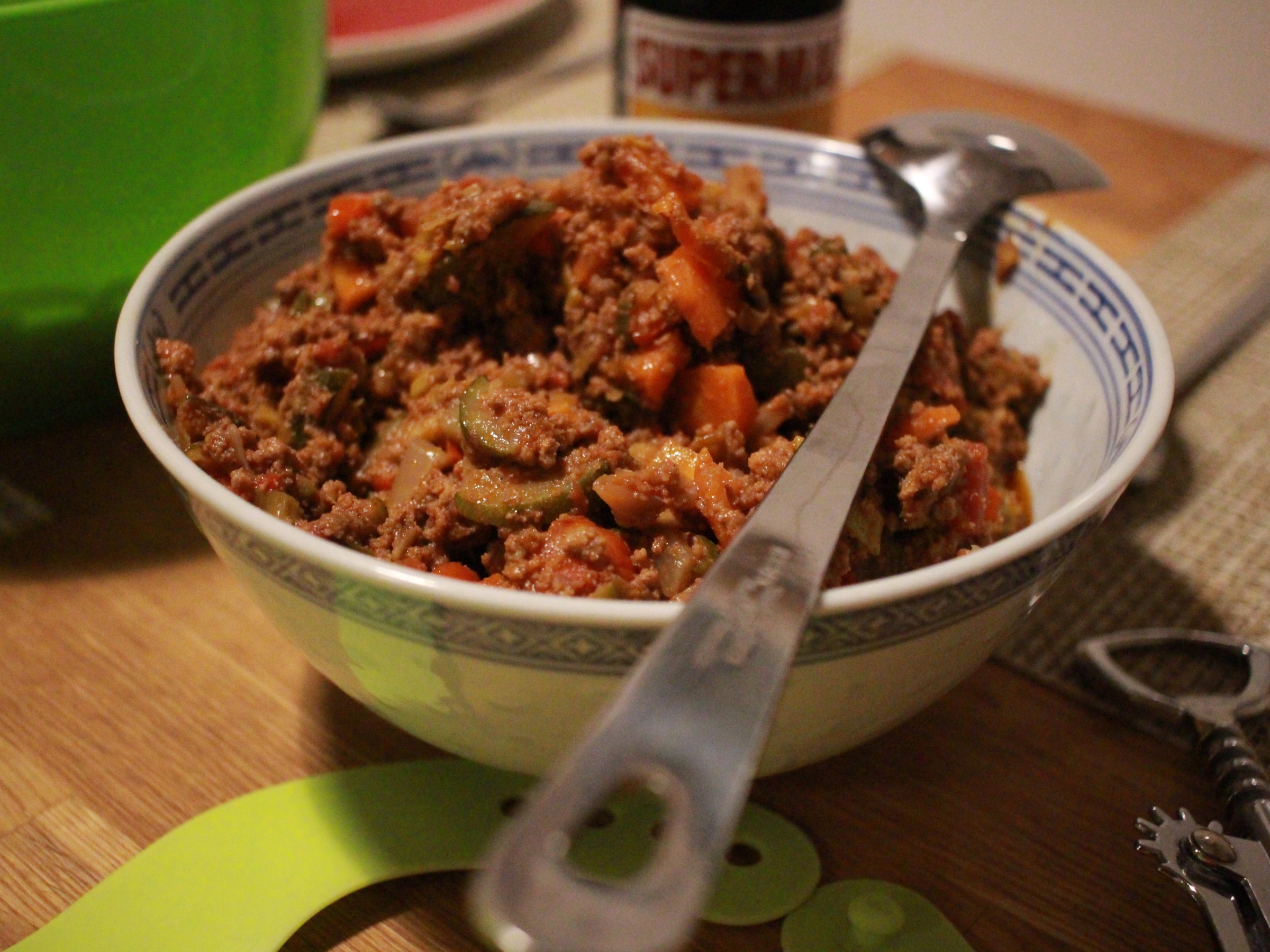 And so my time on south coast is drawing to an end. This is the last day that I will be cooking for my sister and her family. Today’s meal was bolognese inspired sauce with linguine. It feels like I spent hours in the kitchen chopping up vegetables but I think the time was prolonged because was also trying to make some waffles (no, I should not have been multitasking). This recipe was made up with the items in my sister’s cupboard. I fried up some onions, spring onions, leek and garlic adding some salt and black pepper for taste. Then I added some chopped carrots, courgettes and peppers. The spices that I chose to add were nutmeg, ground coriander and smoked paprika. Because I was not making this at home, I had the liberty of adding Worcester sauce, which is just my favourite way of enhancing the flavour of mince meat. I added the mince, canned tomatoes and tomato purée and let the whole thing simmer for a length of time that I can’t quite remember now. 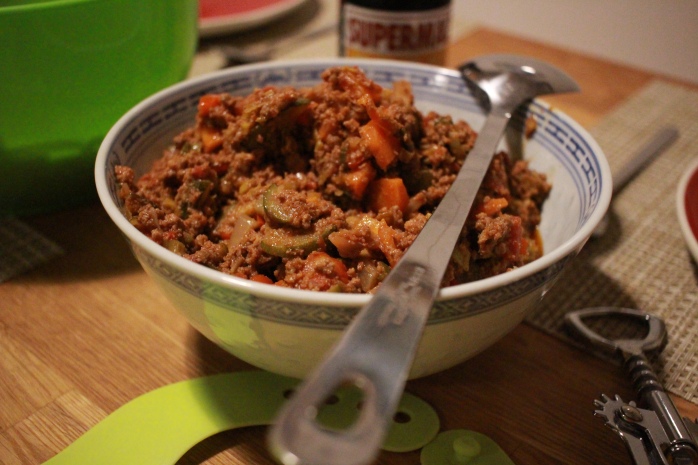 The final result was delicious and washed down with the last bottle of super malt.