Having spent many winter evenings cosying up on the sofa consuming multiple episodes of Emmy award winning documentary series Chef’s Table on Netflix, it was really a foregone conclusion that Nacho’s birthday treat would involve eating out somewhere unforgettable. It just so happens that one of the chefs featured in Season 5, Albert Adrià, has opened a dessert restaurant in London, Cakes & Bubbles. Albert Adrià is the younger brother to Ferran Adrià who in turn was the savory chef and co-proprietor the groundbreaking avant-garde Spanish restaurant  El Bulli. Albert was the pastry chef and creative director where he worked for over two decades. El Bulli is now closed, but was considered one of the world’s best restuarant. It is here that the art of molecular gastronomy was explored by the Adrià brothers.

Albert Adrià was voted the world’s best pastry chef in 2015 (in 2018 it was Cédric Grolet if you are interested!). Cakes and Bubbles, is Albert Adrià’s first solo restaurant outside of Spain and was only recently opened in November 2018. It is based at Regent Street’s Hotel Café Royal. I had high expectations and I was not disappointed.

We opted for the Sweet Afternoon Bubbles menu, mine with the glass of champagne and Nacho opting for orange and mango juice. I have to say I think the champagne was the perfect accompaniment for all the desserts we blissfully worked our way through. 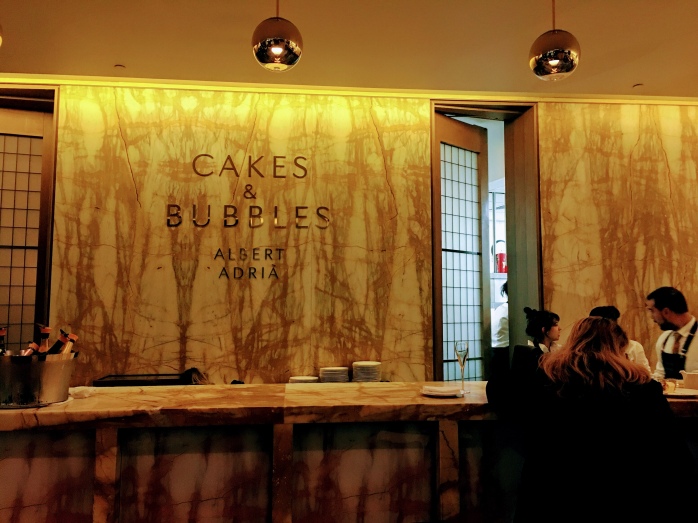 The first item we sampled was the edible ‘cork’ branded with Cakes & Bubbles name. It has the resemblance of a miniature swiss roll, with a hollowed-out, coffee-flecked sponge filled with frozen chocolate ice cream. When I looked around me at the other people who has this as a single dessert I noticed that it was presented on a bottle of Champagne that has been cut in half, decadent, but why not? 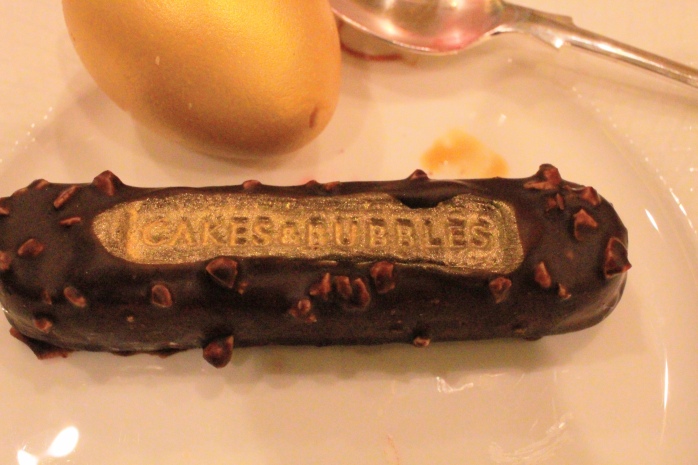 I’d never heard of Pomelo before this day. However I loved this citrusy dessert, tasty and almost served as a palate cleanser before heading to the creamy ‘third and fourth courses’

This pancake came with a fruit compote that beautifully complemented this crispy wonder. I loved crunching through the delicate layers and I think I slowly chewed my way through this dessert giving ‘eating mindfully’ a run for its money. 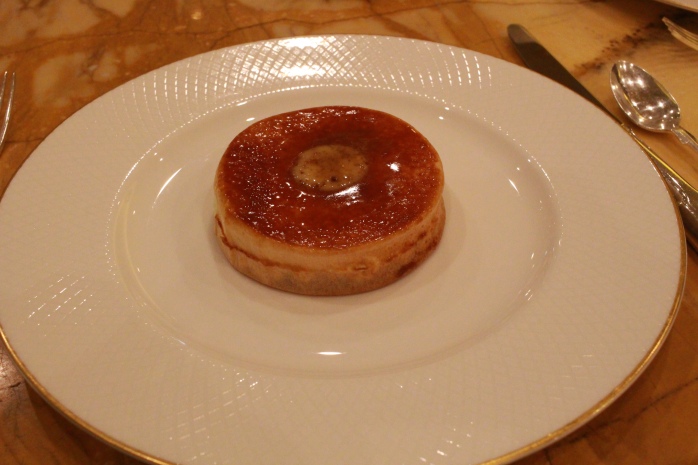 The last thing on the menu was Albert Adrià’s signature cheesecake. This is presented as a miniature wheel of cheese, tied up in a branded ribbon. It contains coulommiers cheese wrapped in a shell of hazelnut and white chocolate. This makes for an intensely sweet and savoury combination that bounces around the mouth in just the most pleasant way. 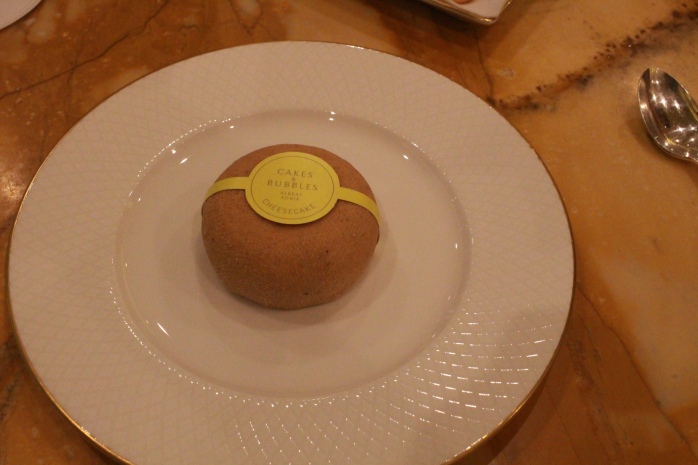 I think I love this place. I will be returning (hopefully somebody can treat me!). Yes, it was pricey, I spent more than I ever would on a few desserts but the service and the atmosphere was just right. There was just enough time between dishes for me to appreciate and savour what I had just eaten and start looking out eagerly for the next course. I felt welcomed and cared for, which I have to say, does not happen consistently when I eat out. For once I felt like I did not have to apologise for my existence and it was just OK to be there and sample some experimental and quite frankly delicious food. All in all this was an experience I will not forget in a hurry.